You can climb Kilimanjaro all year round. However, some months can have colder temperatures, more rain, and more snow.

This article aims to provide a brief overview of the two trekking seasons that are the best month to climb Kilimanjaro.

Weather on Kilimanjaro is heavily affected by the interaction between trade winds and the mountain’s structure.

Moisture arrives from the Indian Ocean by the Southeast trade winds. In March, Kilimanjaro forces these winds upward. Once there they condense into clouds and precipitation. Thus, the wettest season on Kilimanjaro is March through May. Rain is especially likely to fall during this time of year on the southern slopes.

If the rainy seasons (April or May) are the only time you can climb, then our recommendation for climbing Kilimanjaro is to opt for the Rongai route. This route departs from the northern end of the mountain and is generally drier than the southern route.

The northeastern anti-trade winds carry very little moisture but can be very strong. These winds, which last from April to October, keep the Southeast trade winds below them. This results in dry and cloudy conditions, and precipitation is generally restricted to lower slopes.

Kilimanjaro’s northern slopes receive some light rains during the Northeast monsoon in November.

Climbing Kilimanjaro is best done during two distinct trekking seasons. They are January through March and June through October.

There is a higher probability of snow on the summit in January-March than in June-October. This might not appeal to some, but a January-March trek has the advantage of quieter slopes.

The Summer holiday season in Europe and North America coincides with the June-October trekking season, making certain routes quite crowded.

Snowfall and cold temperatures are common in December-May.

Another factor that is important to consider is the variation in weather conditions as you ascend Kilimanjaro.

There are four distinct climate zones on Kilimanjaro. They are the Rainforest, Heather/Moorland, Alpine Desert, and Arctic Zones. This chart shows average monthly temperatures at four points across the climate zones.

Although the summit temperature doesn’t sound too cold, wind chill is a significant factor. You are almost guaranteed high winds.

Moreover, the effects of cold temperatures at high altitudes are more pronounced. Your body expends more effort trying to get your skin and vital organs well-oxygenated in an oxygen-depleted environment.

This results in vasoconstriction near the extremities, like your hands, feet, and nose. This means that you will feel the cold a lot more at high altitudes. In other words, 21° Fahrenheit can feel like it’s below zero.

Choosing when to climb Kilimanjaro depends on the weather, the best months, having the right equipment, training, and what time of year works for you. If you have questions feel free to ask us. We want your experience to be the best it can be. 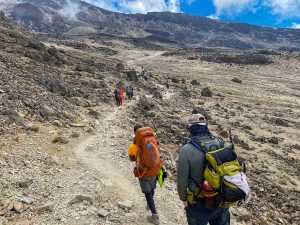 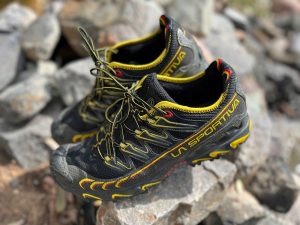