WHEN SHOULD YOU CLIMB?

T he best time to climb depends on several factors. Usually, the closer a location is to the equator, the warmer the temperature. However, this isn’t always the case. Tanzania, and particularly Mount Kilimanjaro are located near the equator but the region does not experience four distinct seasons. Instead, it has two wet seasons (rainy) and two dry seasons (very little rain).

In addition to the weather, there are a few other factors to keep in mind when scheduling your Kilimanjaro climb. One, how does it fit into your schedule. This is important because it takes a minimum of about two weeks with flying time to climb Kilimanjaro. If you add a safari then that will obviously increase. Finally, as previously mentioned, the cost of airfare can also determine the best time to go.

T he weather conditions that can cause concerns while climbing Kilimanjaro are generally related to the cold temperature, rain, and/or snow. Though the average temperatures on the lowlands of Tanzania are relatively warm and stable throughout the year, the temperature on Kilimanjaro varies widely depending on the altitude. We recommended climbing Kilimanjaro during the dry seasons, but climbers may still experience heavy rains. The mountain’s weather is unpredictable and climbers should be ready for wet and cold conditions no matter what time of year they are climbing.

There are distinct climatic zones at different altitudes with changing vegetation. You’ll pass through five major ecological zones on the way to the summit. As you gain altitude, the temperature drops. Consequently, so do the precipitation levels and amount of vegetation. While the temperatures in the rainforest are generally very mild, averaging 70 to 80 degrees Fahrenheit, the temperatures during the night ascent to the summit are frequently below zero. Therefore, climbers need to have the appropriate extreme cold weather gear to endure harsh winter weather for many hours.

However, most of the hiking can be done wearing just one or two layers on top (a base layer plus a softshell jacket) and hiking pants. After arriving at camp, people usually will be comfortable putting on a warm, insulating layer such as a fleece or puffy jacket and a beanie.

CURRENT KILIMANJARO WEATHER
WHAT TO WEAR

However, if you don’t mind the possibility of a little rain and clouds, you can book your trip for the transitional months of December, the beginning of March, and June.

The short rainy season occurs during the month of November. The long rainy season goes from the end of March to the beginning of June. We do not recommend climbing during these times due to wet conditions. However, for experienced backpackers who have endured such conditions before, it is a possible option to avoid the crowds. It is very quiet. You may very well be the only party at a campsite.

You can see more information about each month in the graph. It shows the best months, the amount of cloud coverage, rain, temperatures, and crowds. 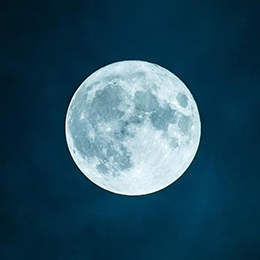 In addition to the weather on our Dates and Prices page we mark the climbs that summit on a full moon with a moon icon like this:

We schedule group climbs throughout the year that begin summit night under the full moon. Moreover, climbing during the full moon gives you a great opportunity to hike without your headlamp. Because it is very bright on the trail.

We begin the summit push around midnight. Headlamps are used to light the path immediately in front of you. Additionally, on a full moon ascent, you have visibility of the terrain and geography due to the light of the moon.

Of note, if you are a light sleeper, the moon is very bright and may make it difficult to sleep. We recommend bringing an eye mask if this is the case.